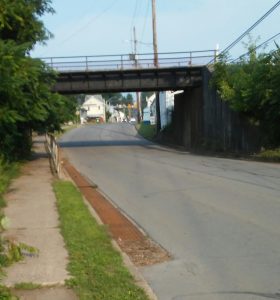 PennDOT says starting Monday, Reagan Street will be closed between Front and Second Streets. Detours will be in place using Arch,  Chestnut, Fourth and Packer Streets, according to maps provided by the city. Reagan St. MPT REV6

This closure will continue until mid-November, weather permitting.

Next Saturday, July 31, Front Street/Route 147 will be closed as well.  That closure will continue through Wednesday, August 11. During that time, PennDOT says Front Street will be closed at the intersection with Reagan Street. Detours will be in place using Chestnut, Arch and Fourth Streets and Shikellamy Avenue.

Major delays are expected throughout the project. Work will resume again next April, and the project is set to finish August 1, 2022. Motorists are advised by PennDOT to avoid those roads if possible.