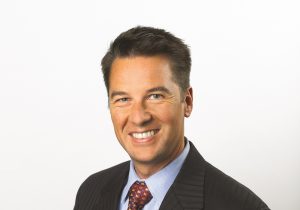 SUNBURY – A Valley Republican community leader from Milton was ‘on the defense’ on WKOK’s On The Mark Monday after saying President Trump and his ultra-loyal followers are hurting the political party.

John Meckley was a guest co-host Monday and says the former president’s CPAC speech over the weekend continued the ‘stolen election’ deception, “To continue to cast that kind of doubt is terrible for the county…really its terrible for the Republican Party, because what’s its doing is putting us in a position of people interacting feeling they need to defend Donald Trump. Well, why do we need to defend a person in our party? We need to be defending our ideas.”

In response to the local censure of US Senator Pat Toomey, Meckley says people can call those with different viewpoints ‘RINOS’ but name calling and labeling doesn’t help, and the Republican Party needs to have a ‘big tent,’ “It’s a bad message as a party for us to send out. The core of the Republican Party is about character, and building character, and engendering in communities a sense of well-being and doing what’s right so we can lift each other up, so that we all have a sense of opportunity.”

You can hear the vibrant discussion about Republicanism, and other critical issues, from Monday’s On The Mark, on the WKOK Podcast Page.