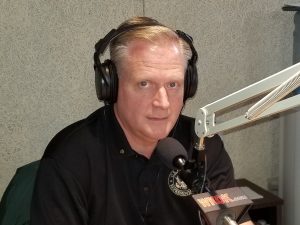 Cong. Keller said the US must continue expanding all of its energy options, “There’s a lot of opportunity that comes with the development of domestic energy – all energy – whether it be solar, wind, natural gas, oil.”

The congressman pointed to Pres. Biden administration to exacerbating US energy, jobs and border issues.   Keller said a top priority is now getting high speed internet into rural parts of the US.

As for proposed changes in gun laws, Keller believes the focus shouldn’t be on lawful gun owners, “its government’s responsibility to make sure we protect your constitutional rights, and we do not need to be holding law-abiding citizens accountable for the actions of others.”

The congressman said previous stimulus measures were necessary, but the recent $1.9 trillion measure was overly wasteful and will add unnecessarily to the nearly $30 trillion US deficit. Keller said  he has high hopes for local economic recovery and said he continues to remain active in the community, welcoming opportunities to engage with his voters and discuss local issues.