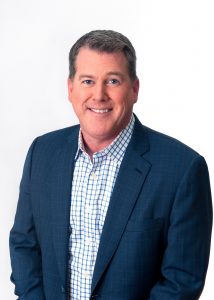 PHILADELPHIA – A familiar voice from the Phillies TV broadcast will soon be heard on the airwaves of SBC Media Partners Corporation and beyond to begin the 2021 MLB season.

Philadelphia sports journalist Gregg Murphy is launching a new podcast, ‘Glove Stories with Murph,’ “When the idea was presented I thought to myself, ‘Yeah, why not.’ I’ve had the opportunity over the years to talk with so many players…active players, retired players…just listening to them telling their stories of the days in uniform playing and the way they’re able to bring it back in such great detail…that’s the idea behind Glove Stories.”

Murphy is well-known to Phillies fans as the long-time field reporter for NBC Sports Philadelphia. The new podcast will feature special guests each week from Phillies teams of the past. Episode one will be released Thursday, for Opening Day, featuring conversations with Phillies Hall of Famer, Mike Schmidt and 2008 World Series Manager, Charlie Manuel, “When you get the chance to talk to Mike, the best player ever to put on a uniform for the Phillies, those kinds of moments kind of speak for themselves. With Charlie, who I spent a couple years with while with the team…he can talk about baseball 24/7 and his recall is unbelievable…so getting a chance to relive the 2008 season, which we’re going to do with Charlie, game-by-game, is going to be a lot of fun.”

It can also be heard on Eagle 107 before first pitch every Sunday, starting this Sunday.

Phillies beat writer Matt Breen will also share his outlook on the 2021 Phillies season in the first episode. ‘Glove Stories with Murph’ is produced and distributed by SBC Media Partners, and can be downloaded on Apple Podcasts, Google Podcasts, Spotifiy, and other major podcast providers, as well as www.glovestories.com. You can also watch the podcast on YouTube. You can also follow the podcast on Facebook, Twitter, Instagram, and LinkedIn.

Murphy announced the new podcast during an appearance on The Steve Jones Show Wednesday, and you can listen here.