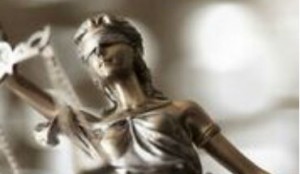 PHILADELPHIA – The Philadelphia Inquirer is reporting… Philadelphia District Attorney Larry Krasner on Friday asked Commonwealth Court to stop the Republican-led impeachment process against him, arguing that it is an unlawful abuse of power targeting his progressive policies.  Wednesday the state Senate voted to formally accept the articles of impeachment filed by the state House against Krasner, setting the stage for a January trial on whether to remove the prosecutor from office.

In the new filings, lawyers for Krasner argued that the articles of impeachment became “null and void” Wednesday, the last day of the 2021-22 legislative session, and that they contained no evidence of “misbehavior in office” that is required for impeachment. The lawyers also said the state legislature lacks the authority to remove local officials from office.

The filings name as defendants Sen. Kim Ward, the top Republican in the Senate, unnamed members of the Senate committee that will oversee the case, and the three impeachment managers designated by the House, including State Rep. Jared Solomon, a Democrat representing Northeast Philadelphia, and State Rep. Craig Williams, a Republican representing parts of Delaware and Chester Counties.

Ward’s spokesperson, Erica Clayton Wright, told the Associated Press on Friday the filing was under review and a response would be made “once we have had time to evaluate the case.” Clayton Wright has previously said congressional impeachment proceedings have spanned more than one legislative session.  Solomon told the AP on Friday he has not read the filings and that he is involved to ensure fairness, ”This is an attempt by Trump-style Republicans to once again blow out the votes of residents in Philadelphia,” he said from New York, where he was attending the annual Pennsylvania Society political event.   “If it can happen in Philadelphia, it can happen in any one of our 67 counties. We need to protect democracy and that’s what I’m in the room to do.”

The state House voted on nearly party lines to impeach Krasner on Nov. 16. The Senate has given Krasner until Dec. 21 to file an answer, and the trial is set to start Jan. 18. Removal will require support from two-thirds of the Senate members. The GOP won a 28-22 Senate majority last month, although one Republican has since resigned.

Republicans pursuing impeachment accuse Krasner of enacting policies that have fueled the city’s shootings crisis, obstructing a legislative committee investigating him, and other offenses — allegations Krasner has denied.

On Wednesday, a dozen political and community leaders from Philadelphia released statements Wednesday expressing their support for Krasner and condemning the Republicans’ efforts to impeach him. Many called the move antidemocratic and called on the legislature to support other measures they believe could prevent violence, like funding public schools and passing gun-control reform.