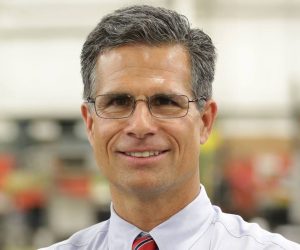 WASHINGTON, D.C. –  On WKOK’s On The Mark Tuesday, Valley U.S. Congressman Dan Meuser (R-9th, Dallas, Pa.) liked what he heard from former President Trump over the weekend and had heavy criticism of Democratic-led bills, including the Biden COVID Relief bill.

Meuser says former President Trump’s CPAC speech over the weekend as ‘strong,’ “President Trump looked confident, he was clear, and be it as a man just speaking the truth and was patriotic…and the polices, let’s face it, that he talks about, are in the interest of, in my view, the vast majority if not all Americans.”

On the newly passed $1.9 trillion COVID Relief bill, Meuser calls it ‘full of waste.’ He says $3.7 trillion has already been spend on the pandemic, and $1 trillion has yet to make it into the economy, “The Democrats talk about this bill like its going to defeat and combat the virus and get hte vaccine out, yet less than 1% of the funding is actually going toward vaccine. We’ve calculated the amount of money states need to gain back the amount of revenue they lost, and its in the neighborhood of $160 billion. This bill gives $350 billion.”

Meuser was also highly critical of H.R.1 which is House Speak Nancy Pelosi’s federal takeover of local and state elections, “It’s madness. They’re going to be using taxpayer dollars to pay for campaigns, no ID requirement, universal ballots everywhere, even in states that don’t allow it like Pennsylvania, and make legal ballot harvesting…someone can gather up any quantity of ballots and that’s ‘A-Okay.'”

Meuser also talked possible compromises to raising the federal minimum wage and more. You can hear more on the WKOK Podcast Page.