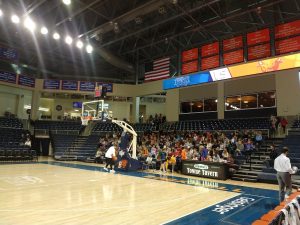 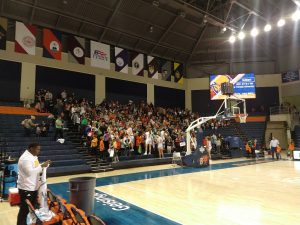 LEWISBURG – About 750 students across the Valley were able to take a field trip again to see some hoops at Sojka Pavilion…and got to see an exciting Bison win!

Bucknell women’s basketball head coach Trevor Woodruff, “You could feel it. You could tell (they were here), it was great. Often times, we think it’s us as adults who are leading the kids. I hope the energy they brought today could be a leading thing for everyone else. We have great fans. Let’s bring some energy to this place, and hopefully we can play well and give you something to cheer about. But man, they were awesome.”

During the game, students got to participate in in-game and halftime contests, got t-shirts, get on the dance cam, and even had the chance to win free pizza.