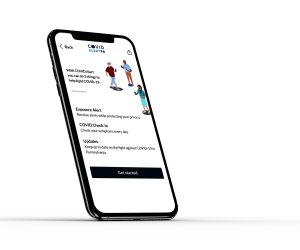 HARRISBURG – New updates have been announced by the Department of Health for the PA COVID Alert App and the ‘Your Turn’ tool.

Senior Advisor Lindsey Mauldin says the COVID app has been updated so users can now access the ‘Your Turn’ tool, vaccine provider locations and other resources, “Through the app, you can also track state and county level COVID-19 vaccine metrics. Pennsylvanians who have received their first dose can also set a reminder for when it’s time to receive their second dose. There’s also a link to V-safe, which is the CDC’s vaccine side affects tracker tool.”

Mauldin says the ‘Your Turn’ tool is also now more accessible to those who don’t speak English, “By the middle of next week, ‘Your Turn’ will be available in several languages, including Spanish, Chinese, and German. And we’re also looking to add more functionality to this important resource in the near future.”

‘Your Turn’ is the newly launched tool where Pennsylvanians can find out where they are in the vaccine line and get notifications when it’s time to schedule an appointment.

Mauldin was also asked about the pending third one-shot vaccine by Johnson and Johnson and what the distribution would look like in Pennsylvania.

She says the state is awaiting guidance from the FDA and CDC, “No allocation decisions are going to be finalized until after that emergency use authorization is granted. Once that is, or if it is, granted and approved, we’ll be working with the legislative task force and our partners on the ground to review determinations on allocations, hopefully next week.”

FDA emergency authorization on the Johnson and Johnson vaccine could come as early as this weekend.