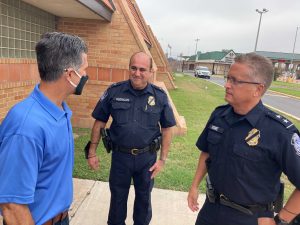 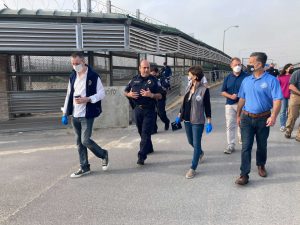 DALLAS, PA – Valley U.S. Congressman Dan Meuser (R-9th, Dallas) says border patrol agents are in a ‘dire situation’ as the current crisis there continues. On WKOK’s On The Mark Friday, he shared his takeaways from his recent trip.

He says of the many Biden Administration immigration policy reversals, one is processing asylum seekers in the U.S. instead of Mexico, “50-60% do show up for their asylum hearing. Those that do show up, are seeking a chance to actually get legal status and gain asylum, but what happens is 90% of those who get denied get a few days to get their affairs in order, and then disappear anyway.”

Congressman Meuser also says the most over adult illegal immigrants were captured in March, “They caught 184,000 coming across the border in March. Every time you go near the (Rio Grande) river, you see more people being pulled out and being put into these temporary detention areas.”

Meuser says illegal drugs coming into the U.S. at the border continue to be a major issue as well, “The first thing they showed us when we got there was all the levels of drugs coming in…there were handily kilos of cocaine just confiscated…fentanyl…the most addictive killer on our streets is up over 2,000% from this same time last year.”

According to Meuser, border patrol agents say up to a third of children seeking asylum face severe abuse from drug traffickers at the border. You can hear more about his trip on the WKOK Podcast page.