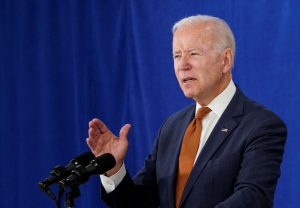 Congressman Keller says the bill will do far more harm than good, and it would add $367 billion to the country’s deficit over the next 10 years.

Congressman Meuser calls it the ‘Build Back Broke’ bill, saying since President Biden has come into office, the nation’s deficit gotten $6.6 trillion deeper.

Meanwhile, Senator Casey is calling on the Senate to ‘deliver results for the American people.’ He says the house passed legislation to invest in American children, seniors, families, and workers.

“President Biden and Washington Democrats claim that their reckless spending is paid for, but here’s the bottom line: it’s not. This bill would add $367 billion to our deficit over the next 10 years. That means that every American family will be paying for it in the form of higher taxes, skyrocketing energy costs, and inflated prices for everything from groceries to healthcare. Long after we’re gone, our children and grandchildren will still be paying for this outrageous spending. This bill is shameful, and it will do far more harm than good.”

“Today, the House passed legislation to invest in American children, seniors, families and workers. The Build Back Better Act would lower costs for Americans, create jobs and strengthen our Nation’s economy. I applaud my colleagues in the House for passing this important legislation. Now the Senate has an obligation to deliver results for the American people. Working families are depending on us to keep fighting for a better future,” said Senator Casey.

“Since Biden has come into office, the D.C. Swamp that needs to be drained has gotten $6.6 trillion deeper. The Build Back Broke bill is the latest iteration of Democrats’ upside-down economic agenda, ignoring today’s problems and doubling down on failed policies. What’s in this partisan reconciliation bill says more about Democrats’ big government agenda than the actual needs of the American people and it will exacerbate challenges currently facing working families and small businesses.