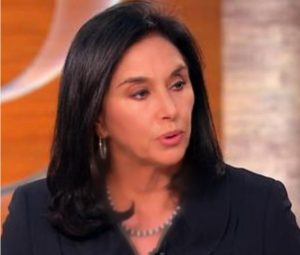 NEW YORK – There’s plenty at stake for the U.S. as tensions between Russia and Ukraine continue.

CBS News Foreign Affairs Analyst Pamela Falk told this to WKOK’s On The Mark Tuesday morning, “There’s a very big economic impact on the United States if western Europe doesn’t get its natural gas from Russia and it means the U.S. will be at loggerheads with Russia on North Korea.”

In addition, Falk says her opinion is, the White House has had a ‘stumbling’ response to the Russia-Ukraine tensions so far, “President Biden I think was responding the way the White House has planned, that a minor incursion might have the west invoke some sanctions, but not these fighting sanctions against leaders, but the Biden Administration said ‘no, any crossing of a border.’”

Meanwhile, Falk says Russia also feels threatened by what the U.S. and other NATO nations might do, “This is their backyard. They don’t want Ukraine to join NATO. What they’re saying is, ‘We want guarantees that troops aren’t going to amass on their border on the Ukraine side.’ They’re trying to get guarantees from the U.S.”

Falk says it will take a few days if not a week for all nations to sort out all the tension. You can hear more of her analysis on this issue here, Spotify,  Google Play, Apple Play, and wherever you download podcasts.