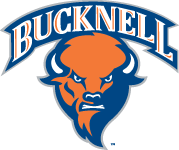 LEWISBURG – There will be Bucknell men’s and women’s basketball after all this weekend. The university announced Monday both teams have been released from quarantine after tests within both programs announced as positive Saturday have been amended to negative results.

Both teams are returning to practice Monday, along with their regular COVID-19 testing sequencing. Both teams take on Lehigh this weekend. You can hear both men’s games on Eagle 107 at 2 p.m. Saturday and 4 p.m. Sunday.

Bucknell Student Health Medical Director Dr. Catherine O’Neil says the tests results for two student athletes were incorrectly recorded by Genetworx, the university’s test provider. Quality control processes in place at Genetworx caught the error. The two tests were then re-run and both samples were confirmed negative, but both students will be retested Monday as an extra precaution.

The men’s and women’s postponed games from last weekend against Colgate will be made-up, and those will be announced at a later date.