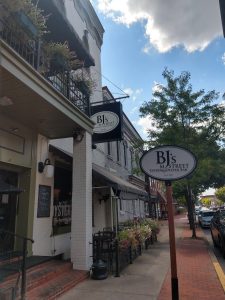 SELINSGROVE – It had constant turnover as a pizza place, then a bar, and then it became a full-service restaurant, turning into what’s become a staple in the Valley for four decades. Now BJ’s Market Street Tavern and Oyster Bar is celebrating its 40th anniversary.

Owner Bob Kirkpatrick has been there from the beginning, and he says the repeat customer has been the key to success, “We try to take great care of those people. Get to know their names, what they eat, so when they walk in the door, we know where they like to sit, we know their likes and dislikes, and we probably know what their favorite cocktail is. That’s really the key.”

BJ’s opened its original Routes 11 & 15 strip location in 1982, now where the current Holiday Inn Express and Quality Inn hotels are. BJ’s then moved from the strip to Danville in 1987, with the current Selinsgrove location open a year later.

When the business became a full-service restaurant, Kirkpatrick wanted it to stand out from all the rest, and that’s when BJ’s famous ribs were born.

He says it starts with a great rub, then it’s all about the meticulous cooking process, “Slow cooked, very carefully pulled from the smoker. You can’t just throw 100 pounds of ribs in the smoker and in a magical six hours, they’re done. We have a technique that if they bend to a certain point, they’re done. So the whole process maybe an additional hour.”

Then in the early 1990s, BJ’s introduced its Chicago steaks, which also includes a famous rub, and then broiled for a good crust – sometimes broiled at temperatures as high as 1600 degrees.

Also in the ‘90’s came the appetizer that’s perhaps the most popular in the entire Valley – the bongo-bongo dip, “I wanted to have a creative name to sell it. I just didn’t want to call it…well, its a spinach dip or its a cheese dip, and I came up with the name, ‘Bongo-Bongo.’ It’s a great product. People love it. But the name kind of launched it.” 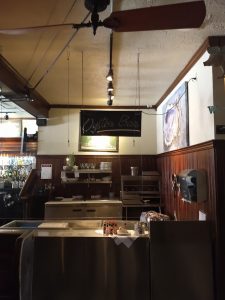 When he wasn’t building his business, Kirkpatrick was a pilot, taking many trips around the world. But it was a trip inside the U.S. that inspired his next idea, adding an oyster bar, “We wanted to do the best fresh oyster bar possible, the most authentic one. We went up to Boston and then we went to New York, we went to Grand Central Station, that’s the big oyster bar that’s there. So we’re always doing the ground work to make sure that we’re on target with providing the best product.”

But the past 40 years haven’t all been fun and creating popular menu items.

Easter Sunday 2014 is still a day Kirkpatrick is trying to forget, seeing the BJ’s Danville location go up in flames, while also recovering from double-knee replacement surgery, “It could’ve been another small thing in the kitchen that may have happened. But I got my crutches and I ran with my crutches out to the car. When I got there the whole building was engulfed. I could tell it was almost a total loss.”

Kirkpatrick says he tried to restore the building, as it was also a historic building dating back to the 1890s, but it was too costly. He says that actually wasn’t the first fire to occur in Danville, with the other occurring in 2003 as a result of another building fire nearby.

The current Danville location on Mill Street would open in 2018, added a new loft edition just last year, and its customer base has picked back up after a slow start.

Now having reached 40 years after all he’s been through, coming to work each and every day is still fun for the BJ’s owner, “To me, I would do it until my 80s if I was able to hold up. Everyday you wake up, its like a new challenge. It’s kind of like putting on a Broadway production or something. It kind of has all those pieces, and the market’s changing so quickly. You have to be on your toes all the time.” 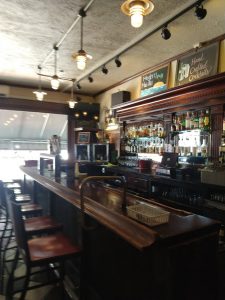 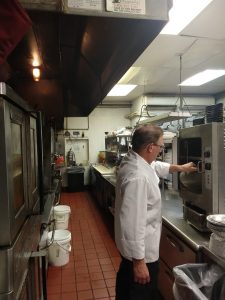 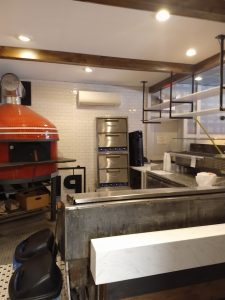 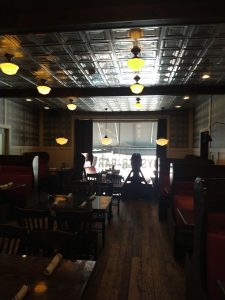 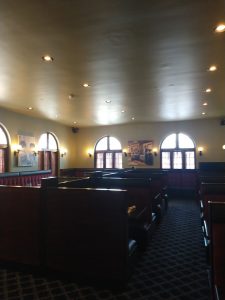