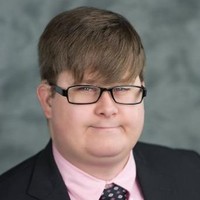 Mock is a local insurance agent and part-time social studies teacher for an online school, and he says he is a social member of the East End Hose and Fire Company in Coal Township.

Mock grew up in Shamokin, and says he’s passionate about bringing good-paying jobs to the area, addressing poverty and blight. He also says he wants to address environmental conservation, affordable healthcare and lowered prescription drug costs.

Mock is also a 2005 graduate of Selinsgrove High School and he graduated from Susquehanna University in 2009.