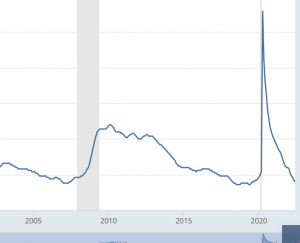 Plenty of Jobs in the Valley, Latest Jobless Rates Announced

SUNBURY – There are plenty of jobs in the Valley, and plenty of job openings. Bob Garrett, Greater Susquehanna Valley Chamber of Commerce President and CEO says Northumberland County is only 4.9%, and that’s the highest of all four counties.

Garrett says the unemployment rate in Montour County is at 3.2%, which is one of the lowest in the state. Union County’s unemployment rate is 3.4%, and Snyder County is listed at 3.8%, “We know nationally there is 1.8 jobs for every job seeker. I suspect in the Greater Susquehanna Valley, that number is probably more like five or six jobs for every job seeker, and folks need to take advantage of those opportunities.”

You can hear more of Garrett’s remarks on jobless numbers and more on the WKOK.com Podcast Page or wherever you listen to podcasts. He was on the Financial Friday On The Mark program Friday.