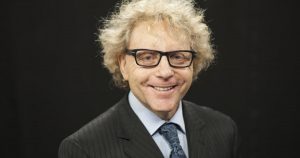 Rosenbaum adds former President Trump leading the charge to attack the capitol is very different than just simply wanting to be there.

Attorney Rosenbaum says the only criminal offense the former president could be connected is pressuring former Vice President Mike Pence. Rosenbaum says that could violate a federal statute for encouraging the obstruction an official meeting of the federal government.

Hear more of the CBS News Legal Analyst’s comments on the WKOK.com Podcast Page or wherever you listen to podcasts.