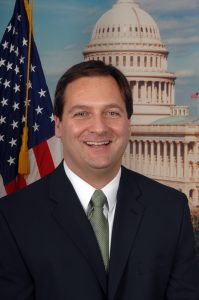 SUNBURY – It’s not just our southern border which is dangerous…said Chris Carney, former US Congressman in the 10th district.  He was on WKOK’s On The Mark program Wednesday and was asked about the porous US border with Mexico and he said it’s the northern border that people need to think about.

“The Northern Border is far less protected and far more porous than the southern border. The southern border has become really a political football to a large degree. They’re very few people paying attention to the northern border which in many ways more dangerous,” he said.

Cong. Carney said it is negligent that homeland security and our borders have been reduced to political arguments, “People just are not paying attention to the things that they need to because of political reasons I’m afraid. It’s easier to make political hay by warning the southern border than it is to take concert steps to protect both borders.’

You can hear more about the northern border and from Cong. Carney on the WKOK podcast page.