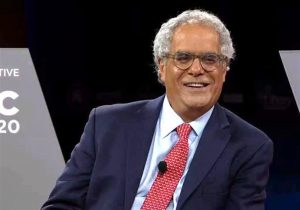 SUNBURY – The 2022 Pennsylvania gubernatorial election is heating up and conservatives have another contender for the governor’s office. Charlie Gerow announced his candidacy back in June and is now discussing why he’s running and his plans for governorship.

On why he is running, Gerow says it was Cong. G.T. Thompson (R-PA, 15th District) who inspired him by telling Gerow, “You’re a solid conservative; you did work for Ronald Reagan on and off for 25 years. You’re now the Vice-Chairman of C-PAC and he said you’re a strong communicator and we need somebody who can take Josh Shapiro on, beat him on a debate stage and get elected.”

Of the issues his campaign is facing, Gerow says election integrity and Pennsylvania’s economy are what his campaign plans to face, “If can’t have faith in our elections, bluntly there are no winners. But as I said, restoring our economic prosperity is so vitally important so we’ve gotta get back in Pennsylvania to a growing economy.”

When planning ahead, Gerow has many plans on his agenda, including building off last year’s amendments limiting governor control during a crisis with new amendments, “To recall and remove from office any governor who thinks he or she is a king. Additionally, I would support a constitutional amendment that would allow people to have access to the ballot through ballot initiatives when the legislature doesn’t act to get things enacted into law.”

You can hear more about Gerow and his campaign on the WKOK podcast page.