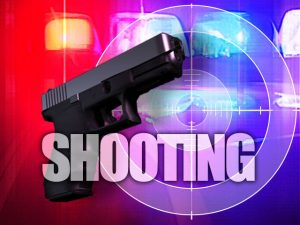 Sunday am: SHAMOKIN — No too much more information is known about Friday’s shooting in Shamokin. Police Saturday did confirm, one person was taken to Shamokin hospital, then to Geisinger. No arrests have been made and no other details are being disclosed. Police did say the public is not in danger.

Saturday am: SHAMOKIN – There are reports of a shooting and injuries in Shamokin Friday night.

Around 8:30pm in the 900 block of North Orange Street, police said they were dealing at least one person injured and a person with the gun on the loose. Neighbors reported multiple gun shots heard, and the Shamokin News Item reports, one person was at Geisinger Shamokin Area Community Hospital with a gunshot wound.

Numerous law enforcement personnel responded, reports indicate all of Shamokin police were assisting at one point.

It’s not yet known who was hurt, and who—if anyone—was in custody.

Fire police, state police and EMS crews were all part of that response Friday night after the shooting in Shamokin. We are working to gather more information.