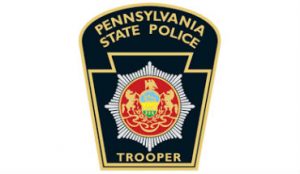 HARRISBURG, Pa. (AP) — AP is reporting…Pennsylvania state police shot and killed an armed man near Harrisburg Tuesday morning after he allegedly fired into two occupied homes and toward troopers who were called to the scene, an agency spokeswoman said.

The police agency said 34-year-old Mitchell James Shuller of Harrisburg ignored demands to drop his rifle and had shot in the direction of troopers when they shot and killed him.

Shuller died at the scene on Fishing Creek Valley Road in West Hanover Township, Dauphin County, just north east of Harrisburg. Shuller had been home alone, and no one else was injured.

Trooper Megan Ammerman said police were summoned to the home several times this year for calls about disturbances or similar issues.  Shuller’s wife, Brianne Shuller, told Pennlive.com that she had moved out of the home with their three children for safety reasons.  Brianne Shuller said Mitchell Shuller had mental and physical health problems and had lost a construction job because of the pandemic.