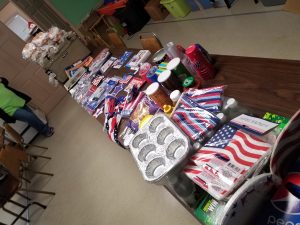 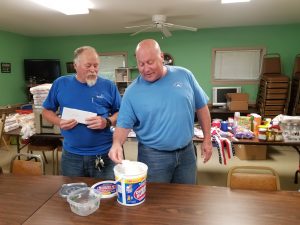 SUNBURY – Sunbury Fire Police recently held a prize drawing, and immediately launched into another fundraising raffle, while they continue to raise funds to make up for lost revenue during the pandemic.  The drawing Friday was for hundreds of dollars in picnic food and products, and a new Yeti cooler. Sunbury Fire Police Captain Bruce Colyer oversaw the drawing, Dr. Michael Dunnigan pulled the winning tickets from a container, and WKOK’s Mark Lawrence served as witness.

Captain Colyer said the Fire Police they had fewer revenue opportunities in 2020 because many events were cancelled. He said they are raising money for their operations, equipment and staffing. He said a number of events will keep them busy this year, including Sunbury River Festival Aug. 13-14.

The next raffle is for a Blackstone propane griddle and air fryer, tickets are $5 each and can be purchased from any Sunbury Fire Police member or arranged by calling 570-274-9907.