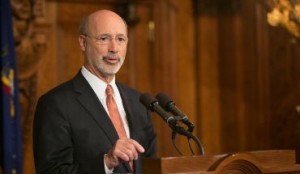 HARRISBURG (WHTM) — WHTM is reporting…Pennsylvania could get rid of the gas tax, but drivers would still pay to hit the road.  The commonwealth is joined by 16 other states as members of the Eastern Transportation Coalition, formerly known as the I-95 Corridor Coalition, a group looking at replacing the gas tax with a mileage fee.

Every vehicle would have a mileage counter that tracks usage. Then, drivers would be taxed on that data.  “As fuel efficiency increases and more electric vehicles are on the road, the amount motorists pay to use our transportation system becomes more linked to the amount of fuel purchased versus the number of miles they drive,” the ETC explains on a page dedicated to the MBUF study. “A mileage-based user fee (MBUF) model provides a different approach: pay for what you use.”

States stand to lose gas tax money with the rise of electric vehicles. This idea, though, is still in the study phase.  The study began in 2018 when the coalition launched its first “passenger vehicle pilot” as means to learn the ways in which a mileage-based user fee would work, in comparison to a gas tax. The study also considers the Eastern Seaboard perspective to the mix.  Since then, the coalition has focused on several passenger vehicles and commercial trucks.

Several week ago, Governor Tom Wolf said the state was looking at alternative methods to fund transportation costs and maintenance in Pennsylvania. He said the gas tax is antiquated, so he appointed a bi-partisan blue ribbon panel to make suggests on new ways to fund transportation, and said tolling certain bridges should be part of the solution.