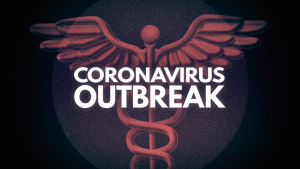 LEWISBURG – Scientists saw it coming…Associate Professor of Biology at Bucknell University Dr. Marie Pizzorno says public health officials and scientists who monitor new diseases predicted a pandemic like the coronavirus outbreak.  She said COVID-19 was the third time in the not so distant history that a coronavirus has spilled over from an animal into the human population.

“Most people are vaguely aware of the original SARS virus back in 2002 which infected about 2,000 people and killed 10 percent of them, so it was actually deadlier than the current SARS. And then, one that most people may not know about is the MERS virus,” she said.

Pizzorno, an experienced virologist, says MERS or Middle East Respiratory Syndrome, was discovered in 2012 but thankfully has not infected as many people. She says there are a few reasons, however, that make COVID-19 different, “That it’s more infectious, and thankfully, that also makes it less deadly. So those two things do tend to sort of correlate with each other. A virus that is more infectious does tend to be a little less deadly than some of its less infectious counterparts.”

Pizzorno says the fact that people who were infected (with COVID-19) could be asymptomatic or be infectious before they had symptoms, also created challenges “So, you know, most of us know not to go to work, and go to school and go out in public if you’re not feeling well. But, if you don’t know you’re sick, you don’t know to not to go out and spread the virus.”

Dr. Pizzorno says we are in a race to get people vaccinated because we are seeing evolution in real time as variants of the virus rise rapidly in the U.S. She says the fewer people infected, the fewer chances for virus replications, which means fewer variants of the disease.

You can hear the full interview with Dr. Pizzorno on the WKOK Podcast page.