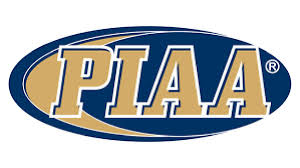 HARRISBURG (Pittsburgh Tribune-Review) – Spring sports athletes and coaches can shed their masks when outdoors, as long as they maintain 6 feet of physical distance, according to new PIAA guidelines for covid-19.  The PIAA board met online Wednesday and approved Return to Competition Guidelines for baseball, softball, track and all other spring sports, the final administrative step before preseason practices could start statewide Monday. Spring sports were canceled entirely last school year because of the pandemic, costing athletes an entire season.

“Everybody is really committed to doing whatever we can to get a full season for those spring athletes that lost it last year,” PIAA executive director Bob Lombardi said.  Teams can start competition March 26. Postseason plans remain undecided, Lombardi said, with hopes that spring sports could feature full brackets rather than the champions-only approached used in fall and winter.  The 24 pages of guidelines released Wednesday provide recommendations for schools, coaches, athletes, officials, parents and others. They’re similar in many ways to guidelines announced before the fall and winter seasons with recommendations for covid-19 screenings, sanitation practices and physical distancing.

The guidelines say “coaches, athletes (including cheerleaders), and spectators must wear face coverings if they cannot maintain sustained physical distance from persons outside of their household. This includes while actively engaged in workouts, competition, and on the sidelines, in the dugout, etc.”  However, the PIAA adds, “if sustained 6-foot distancing can be maintained, face coverings may be removed when outdoors.” Mask-wearing during competition became a source of conflict for some schools as sports moved indoors in the winter.  Along with general recommendations, there were many tailored for specific spring sports.

For example, the PIAA say teams may use their own baseballs when in the field, switching each half-inning between home and away. Should a school take this option, it must inform its opponent in advance.  Among the others:

“Using football as an example, wearing a mask in addition to a mouth guard and a helmet would likely create a medical issue for the athlete whether the athlete is a professional or youth player even if a previous medical issue was not present,” the PIAA wrote.

The PIAA also hopes to allow state basketball finalists to bring between 600 and 700 spectators to the Giant Center in Hershey later this month, but those plans remain unfinished, he said. Attendance options increased greatly Monday when Gov. Tom Wolf’s administration raised limits on gatherings.

Indoor events are now limited to 15% of capacity regardless of venue size. Previously, all indoor events were capped at 500.

Giant Center seats 10,500, but the 15% total must also include event staff working in the arena, Lombardi said.