HARRISBURG, Pa. (AP) — President Donald Trump’s re-election campaign and Republican allies are suing to force changes to how Pennsylvania collects and counts mail-in ballots under revamped rules. The federal lawsuit filed Monday in Pittsburgh claims that as voters jumped to make use of the greatly broadened eligibility for mail-in ballots during the June 2 primary, practices and procedures by elections officials ran afoul of state law and the state and federal constitutions. The defendants include Secretary of State Kathy Boockvar, a Democrat. She is declining to comment. The lawsuit addresses drop-off sites for mail-in ballots as well as poll watcher rules.

PITTSBURGH – A group of protesters is suing Pittsburgh city and police officials, saying officers used unnecessary, excessive force to disperse a crowd protesting against police brutality and officials lied about the protesters’ behavior to justify that response. They say police officials lied about the events that led to the use of smoke, bean bags and alleged tear gas to disperse the protesters June 1. The protesters allege their constitutional rights were violated. Police have said an officer was threatened, and that bricks and other projectiles were thrown at officers before they used force to disperse people. They’ve denied they used tear gas when breaking up the protest.

HARRISBURG, Pa. (AP) — Pennsylvania reported nearly 500 new confirmed cases of COVID-19 on Monday, and officials are looking closely at what they call an alarming spread of infection in the Pittsburgh area. Allegheny County, which includes Pittsburgh, will be stopping on-site consumption of alcohol in bars and restaurants as of 5 p.m. Tuesday. That’s in response to what officials have described as an alarming increase in infections, largely among younger people. Also, Pennsylvania government agencies are laying out guidelines that will make it easier for people to visit relatives and others inside nursing homes and other long-term care facilities.

WASHINGTON (AP) — Military planes will conduct flyovers in a handful of major cities along the East Coast as part of this year’s July Fourth celebration amid the coronavirus pandemic. The Pentagon says roughly 1,700 service members will support a salute to the “Great Cities of the American Revolution.” The flyovers will begin in Boston and proceed to New York City, Philadelphia and Baltimore. President Donald Trump plans to kick off Independence Day festivities with a showy display at Mount Rushmore the day before. The event will include fighter jets thundering over the 79-year-old stone monument in South Dakota’s Black Hills and the first fireworks display there since 2009.

UNDATED (AP) — AMC Theaters, the nation’s largest chain, has pushed back on its plans to reopen theaters. The company says it will open about 450 U.S. locations on July 30 — and the remaining 150 the following week. The company had planned to reopen in mid-July — but last week the July theatrical release calendar was effectively wiped clean when Disney and Warner Bros. delayed the releases of “Mulan” and “Tenet” to August.

NASHVILLE, Tenn. (AP) — Country music fans — and even some fellow musicians — are criticizing performers who played outdoor concerts this past weekend that didn’t follow social distancing norms. Chase Rice posted video of his concert in East Tennessee with the words “We Back.” His and other clips showed large, tightly packed — and mask-less crowds.

As bad as that look was, making it worse was that this past week, Tennessee health officials reported the biggest one-day jump in people testing positive for the coronavirus. Fellow country star Kelsea Ballerini called out Rice for the post, saying he was being “selfish” for risking fans’ health by playing in front of a large crowd. And Mickey Guyton said video of the crowd at Rice’s concert made her sick to her stomach. Rice hasn’t commented, but the owner of the venue says the concert was approved by city and county officials.

BOSSIER CITY, La. (AP) — Police in Louisiana were able to reel in a man captured on video swimming through a fish tank at a sporting goods store. KSLA-TV reports that 26-year-old Kevin Wise said he plunged into the indoor aquarium at a Bass Pro Shop in Bossier City last week to follow through on a promise he made on social media. A video posted by an onlooker showed Wise swimming through the tank then running out of the store with wet clothes. Bossier City Police charged Wise with simple criminal damage to property on Friday after the company filed a complaint.

NEW YORK (CBS) – If you’ve been waiting to see the re-make of Disney’s animated masterpiece “Mulan,” you’ll have to wait a little longer. The live action flick is being delayed again because of the pandemic. “Mulan” will now open August 21st. Disney made the decision because many states have not yet re-opened theaters over coronavirus concerns.

NEW YORK (CBS) – The bright lights of Broadway will remain dark for the rest of the year. The Broadway League has announced theaters in New York City will be offering refunds and exchanges for performances through January 3rd, 2021. Tickets for next winter and spring will go on sale in the coming weeks. Broadway has been shut down since mid-March due to the pandemic.. 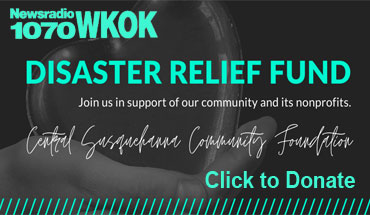 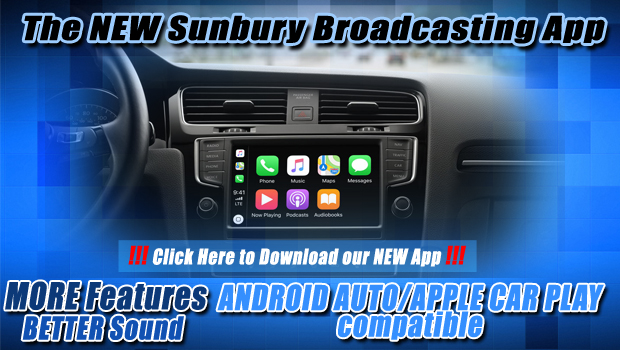