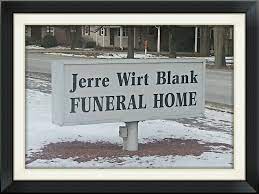 NORTHUMBERLAND – A longtime Valley businessman and Funeral Director has died. Jerre Blank died Monday, he was 82. He was active in the community and especially in Northumberland.

Blank was a Sunbury High School and Bucknell University graduate.  His obituary says he took over as fourth generation running the family funeral home.  That was in 1968 when his mother and his aunt were running the Blank Funeral Home.

Jerre Blank was dedicated to the business until his death and is succeeded by his son, David Blank, as fifth generation.