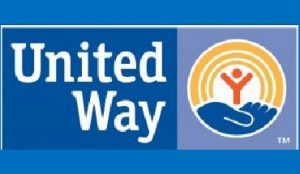 SUNBURY –  A new chapter of the Greater Susquehanna Valley United Way began Thursday. Newly named President and CEO Adrienne Mael began the organization’s campaign kickoff for the year during a virtual event. Along with a new president, talks of a merger with the Columbia-Montour United Way continue, but Mael says both organizations have already been working together.

“Joanne and I had a very similar view on what it means to run a United Way.  In fact, even the community impact areas that Columbia/Montour have  are very similar to Greater Susquehanna Valley.  So, you are still going to see a lot of work in the community and a strong emphasis on the campaign,” Mael said.

She also announced the Greater Susquehanna Valley United Way will be hosting listening sessions in the months ahead, along with the ongoing merger discussions:

When discussing initiatives for the year, Susquehanna Valley Mediation Center Executive Director Susan Jordan announced the organization is searching for an equity strategist, hoping to improve equity outcomes across the area. Jordan says many local partners had also asked for this, although the process can be complicated.

Other needs the United Way and its partners are looking to keep attacking are affordable childcare in the area, mental health, drug and alcohol abuse, and access to healthcare and health insurance. Racial discrimination and children’s success in school and more good paying jobs are also on the agenda for the year.