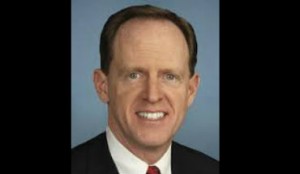 Toomey says it’s not clear why anyone would protest a police officer defending his own life, but those who wish to protest should do so peacefully. According to reports, Munoz’s sister says her brother was mentally ill, but he was also facing charges in a stabbing case from last year.

“A full-grown man, wielding a large carving knife over his head while charging an officer, obviously poses a mortal threat to that officer. In general, police officers in this type of situation are well within their rights to use deadly force to protect themselves and the public. The body camera footage released by the Lancaster City Bureau of Police seems to detail this exact scenario. It’s not clear why anyone would protest a police officer defending his own life. However, those who wish to protest should do so peacefully. Destroying property and blocking roadways without a permit, as occurred last night in Lancaster, is not peaceful protesting.”