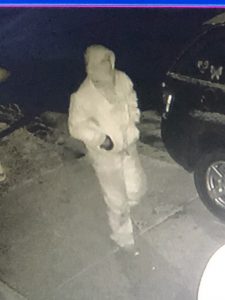 DANVILLE – Danville Police are looking for two individuals who they say burglarized a building belonging to a non-profit, then stole items from numerous unlocked vehicles in the borough.

Officers say the burglary occurred early in the morning Tuesday, between 1-5 a.m., at the Good Samaritan Mission on Ferry Street. They say the culprits damaged the building, damaged some of the contents of the building and took cash and donations.

Officers say those same two then got in an unknown number of vehicles in the area of Lower Mulberry Street; they say they took various items and money.

Officers remind residents to lock their vehicles and anyone with information, especially video surveillance video, is asked to contact them.