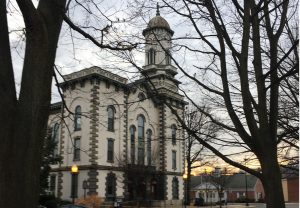 SUNBURY – Northumberland County President Judge Charles Saylor says he’s been ‘appalled’ at the truancy rate in the county. He says this has been a growing issue for a decade, kids missing school without an excuse.

The soon to be retired judge spearheaded an effort to address the problem. He says the county will begin a Truancy Court December 1, with sessions occurring every other week after that. All sessions will be held at the county courthouse.

Judge Saylor says he recently got together with officials from county school districts, children and youth, and juvenile probation to put the program together.

He says the truancy sessions with start with Shikellamy School District first, as that district has had some of the higher numbers. Shamokin Area School District cases will follow next.

Now with the new truancy court, students will be required to complete classes daily at their home schools and meet with a magisterial district judge every other week.