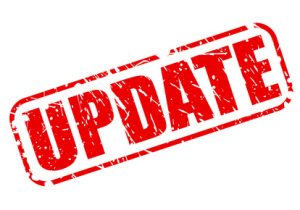 SHAMOKIN – A Shamokin man was identified as the shooter in an incident last week, and was taken into custody early Friday morning after a brief standoff.

Officers say he was taken into custody following a brief standoff around 6:45 a.m. Friday.  They say he was at a home along West Sunbury Street, where he was found hiding in a second floor bedroom.

Police tell us, Williams he had an AR-15 rifle and another firearm, both of which he was prohibited from possessing. Officers say woman and child were in the home at the time and they were taken to Shamokin Police Department for their safety.

The shooting incident at a bar occurred Monday, when three shots were fired into the bar while six people inside at the time.  No injuries were reported.

Williams is charged with felony counts of discharging a weapon into an occupied structure, making terroristic threats, and several weapons charges.