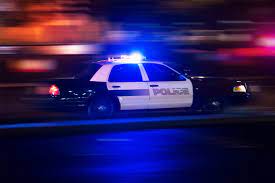 Troopers say the incident was reported during business hours at Dairy Queen, several vehicles had their passenger side windows broken and items taken from in the cars.

Troopers say the vehicle fled the scene heading north on Routes 11-15 and several of the stolen items were recovered after being thrown about the roadway.

Anyone with information is asked to contact Selinsgrove troopers.