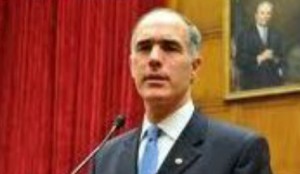 WASHINGTON, D.C. – U.S. Senator Bob Casey (D-PA) says he has ‘serious concerns’ following Politico’s report on a leaked U.S. Supreme Court decision on the future of abortion rights. Senator Casey said in a statement Tuesday his concerns are for women in states passing near or total abortion bans, in what would be an overturn of ‘almost 50 years of legal precedent.’

Casey says the US Congress should instead be working to reduce the number of abortions and unintended pregnancies and doing much more to support women and families.