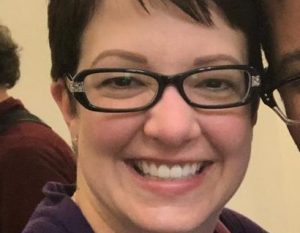 SELINSGROVE – A Selinsgrove school board member and former Democratic state house nominee is resigning two days after a controversial Facebook post saying she’d shoot anyone who came within six feet of her or her family without a mask. On her Facebook page, Dr. Jennifer Rager-Kay announced Wednesday she sent a letter of resignation to the board after receiving threats ‘against her personal and professional well-being.’

Dr. Rager-Kay says the ‘private post’ was shared by Snyder County Commissioner Chairman Joe Kantz. She says that confirmed the state of affairs in the first place, with ‘society being so divided and entrenched with the you vs. me selfish mentality.’

Dr. Rager-Kay’s original post was a remark about people participating in the recent anti-lockdown protest, in Harrisburg while some participants were not wearing cloth masks. She explained herself in a follow-up post, saying she’s ‘in a profession where the threat of someone approaching me not wearing a mask while in the midst of a pandemic is equivalent to the threat against my life.’ She said ‘just as it would be if they approached me with their gun drawn and pointed at me.’

Dr. Rager-Kay says some people are failing to recognize the hypocrisy of the protest. She says ‘those who carry their rifles to protests speak so passionately about the right to personal defense, are the same ones now attacking me for boldly asserting I would meet a deadly threat with deadly force.”

Dr. Rager-Kay says she’s being ‘crucified for practicing the same rights given by the Second Amendment. She then says she’ll gladly be the scapegoat to call attention to the extreme level of hatred and ignorance that exists.’

“Our words have meaning.  I don’t believe there is any reason to condone someone saying “if you refuse to wear a mask and come within 6 feet of me or my family, I will exercise my constitutional rights and shoot you.”  That is like saying “if you’re overweight” or “if you’re a different religion” or “if you have different beliefs than I have”…

The past two months have been difficult for everyone, but for elected officials, now more than ever, we need to inspire those around us to step up and not become overwhelmed with fear or depression.  We will get through this time in history, but we need to help our neighbors not condemn them just because we disagree.  Threatening those with whom we disagree is not the way to unify our country.”

As to Mr Kay’s resignation, I will not comment on personel matters except to say I wish him well.   I believe he was liked by everyone in the Court system and I thank him for his public service.”