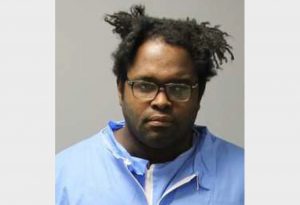 LEWISBURG —  A psychological evaluation is planned for a Texas man accused of killing a New York City model and leaving her body along I-80 in Union County.

According to PennLive, 29-year-old Tracy Rollins Jr.’s attorney told Union County Judge Michael Hudock during a hearing Tuesday he hopes to identify someone who can do the evaluation in the coming weeks.

We last told you Rollins would not face the death penalty if he’s convicted of first-degree murder of 47-year-old Rebecca Landrith. Her body was found February 7 along an I-80 eastbound ramp. He’s currently awaiting trial on homicide and abuse of corpse charges, but according to PennLive, the trial may not occur until well into next year.

Pennlive also reports another issue argued in court Tuesday was whether Union County was the proper venue for the trial. But Hudock and Union County DA Peter Johnson cited a state Superior Court decision if the exact time of death is unknown, prosecution may occur in the county where the body is found. PennLive says Rollins’ lawyer could raise the issue again during jury selection.