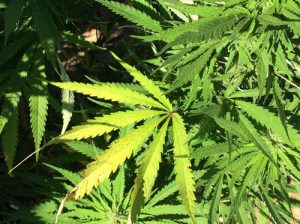 SUNBURY – There is still no medical marijuana growing facility under construction on the Northumberland County Prison campus. Tuesday, the county commissioners granted the grower a third extension to the company hoping to buy land there. During its public meeting, county commissioners approved the extension by a 2-1 vote.  Parea BioSciences, through its holding company, MNK 03 Holdings, now has more time and the new closing date is October 25.The agreement to the third extension is subject to the grower paying the county another nonrefundable deposit, this time $100,000. Commissioner Sam Schiccatano tells us the county will keep the $100,000 if the deal falls through. If the deal is finalized, that money will be used toward the $1.5 million purchase of the land near the prison. Schiccatano says the board approved the motion in order to get Parea’s board to work on getting the proper finances to make the full purchase.In August, the Commissioners approved a second extension through September 30.The majority commissioners first approved the deal in May 2018. Parea has already paid the county a non-refundable $31,000 to hold the property and also paid $10,000 to get an earlier extension.Minority Commissioner Kymberley Best voted against the motion. She’s been long opposed to the deal and recently withdrew legal objections against the company. She also threatened an investigation by the State Attorney General.