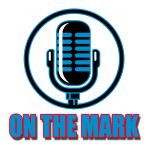 Newsradio 1070 WKOK
1/20/23 On The Mark: Mark & John Shipman talk Alex Baldwin, Davos (with FBI Director Christopher Wray!), Elites in DC, and lots of conversation about our busted US government

1/20/23 On The Mark: Mark Lawrence and John Shipman talk about charges against Alex Baldwin (why must he be charged), Davos climate conference (with Federal Bureau of Investigation Director Christopher Wray giving remarks that all United States citizens are being ‘monitored’), the elected and appointed elites in Washington District of Columbia, and lots of conversation about our busted United States government