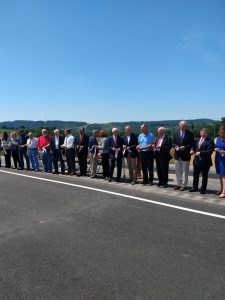 POINT TOWNSHIP, NORTHUMBERLAND COUNTY – It’s been 60 years in the making, and soon, traffic will be flowing on the new CSVT bridge, and the northern section of the project. PennDOT, along with many local, state and federal lawmakers, along with many community leaders, cut the ribbon on the project Wednesday.

“I’d like to thank all the people of the CSVT project area, who’ve had patience and who’ve dealt with the uncertainties through the years as we worked to develop and finalize this project. The turnout of many of the area residents last Saturday, where we had over 6,000 people here to appreciate this was very gratifying, not only to us, but to them,” said PennDOT District 3 Executive for Engineering Eric High.

High also hosted the ceremonial ground breaking of work for the CSVT southern section. That work is scheduled to be completed in 2027.

Many local and state leaders reflected on many starts and stops of the project through the six decades.  State Senator John Gordner (R-27th, Berwick). He shared a voicemail from then newly elected Governor Tom Wolf, “(Audio voice message) ‘I’d really like this to be the first major transportation project to break ground here in my administration. I know you want to get moving on it, and I do too, so I just wanted to let you know we’ll be working to do what we can to tackle it.’ I’ve saved that since March of 2015! That was a pretty important phone call there.”

Shamokin Dam Mayor, and Greater Susquehanna Valley Transportation Committee Chairman Joe McGranaghan, further reflected how everyone worked together to get the project moving, “Getting funding for the thruway has always been a political battle.”

“It was never a partisan political battle. There have been times when Democrats took the lead on this project, and other times where Republicans were in the forefront. But neither group ever lost sight of the importance this project has to region and its citizens, or of their obligation to work together to bring it about, but they kept pressing on,” McGranaghan said.

Many elected lawmakers also credited McGranaghan for being a ‘determined individual’ to see the project through to this point.

U.S. Senator Bob Casey (D-PA) says funding from the bipartisan infrastructure bill passed last November also played a big role in both sections of CSVT, “We’re grateful that bill passed and grateful that the people of this region, who frankly deserve this investment, have waited a long time for this investment, an investment in their future. It’s a day to celebrate that future, the future of the Susquehanna Valley.”

PennDOT says the new highway and bridge will officially open to traffic after the Fourth of July. An estimated total cost for the entire project is $900 million. 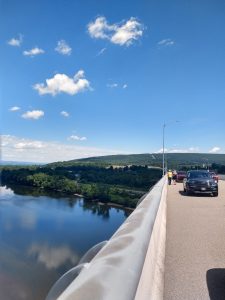 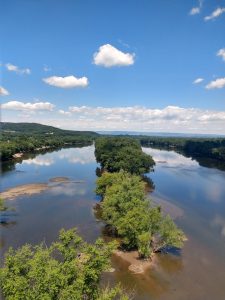