Public meeting on the closure of Sunbury’s UPMC Susquehanna Hospital 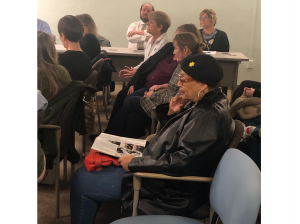 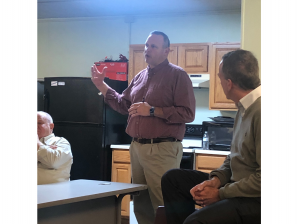 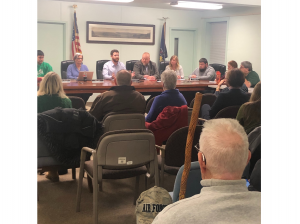 SUNBURY – Many people  from around the region joined Sunbury City Council at a public meeting Tuesday evening to discuss the sudden closing of UPMC Susquehanna. There were representatives from, the Greater Susquehanna Valley United Way, Lackawanna College and many other organizations

Local residents and employees gave input on how the closure impacts them.  A nurse who works at the hospital attended the meeting and wants local officials to try to bring another health care system into the existing building.  She said, “I’ve worked at that hospital for almost 29 years. We’ve had many, many people come in here that have had heart attacks and strokes. Our hospital is really needed in this community.”

Jordi Comas, Vice President of the Lewisburg Borough Council talked about UPMC making a bad business decision that negatively impacts our region. He said, “They (UPMC) have four billion dollars in cash reserves, so when they are closing this facility, it’s a business decision.  I think it’s completely within the rights of everybody in this room to say, you may have made this decision, but if you want to live by your values of listening to people and dignity and respect, put some money on the table. Help people in this community figure out what to do with that facility. And if we don’t stick together as river towns, Lewisburg, Selinsgrove, Sunbury and the areas around them, they are going to come in and step all over us.”

State Senator John Gordner (R-27th, Berwick) said they are looking into the problems associated with having one less hospital in a rural community. He explained, “Along with Wood-Mode, this is the most serious event that has affected our area in quite some time. Much like we put a lot of time and effort and resources into figuring out how to deal with Wood-Mode, I can tell you Representative Culver and I and Congressman Keller have had literally two dozen meetings.  Most of them were behind the scenes.  Especially with the emergency room closing.  That is incredibly serious.”

JoAnn Troutman, president and CEO of the Greater Susquehanna Valley United Way recommended a local health care discussion and a list of solutions for the future of the soon to be vacated hospital building. She explained, “Sunbury doesn’t need another empty building. As soon as we know what direction we are heading, we will let you know, but I think it will take some time to figure that out.” Also in attendance at the meeting were local EMS officials who discussed transporting patients to other hospitals and the concern about travel times from rural communities to Muncy, Lewisburg and Danville, without a Sunbury facility available.  Lackawanna College officials were also present to discuss career and job opportunities for employees looking for work.