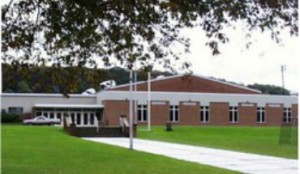 “Last evening, the forum for the regularly scheduled meeting of the Mifflinburg Area School Board of Directors was changed to an online format.  This change was made in response to a growing number of threats to our Board and Administrators being reported by numerous staff members to law enforcement agencies.  Our School Police Officers consulted with several other local police agencies who have been monitoring social media posts and current public meeting events around the region, and concerns arose about the overall safety of participants in attendance at last night’s meeting.

The Board and Administration originally had every intent to follow through with the public meeting in person, but grew convinced to shift to the online format.  We remain committed to respecting the input from members of the public.  Over the course of the past week, we received many communications from parents and concerned citizens about sensitive topics that reflect the current issues, and we want to assure you that those concerns have been heard clearly by the Board.  Also, last evening, the Board accepted written statements that were submitted for public participation and also listened to online participants during the virtual board meeting.

We regret the additional anxiety this situation has created for our community.”

Note from editor: Below is our previous story on this topic.

MIFFLINBURG – Many Mifflinburg Area School District residents and parents concerned about masking protocols are at odds with the school board after a last minute postponement of its scheduled meeting last night. According to a video posted on social media, Board President Wendy McClintock said the meeting was being postponed from 7:30 to zoom only at 8 p.m. due to ‘growing concerns’ of threats at the time there was ‘going to be something.’

One concerned citizen who was there, Billy Allred, told WKOK’s On The Mark this morning, “They refused to tell us (what the threat was), and no police were ever called. The school resource officers were just sort of walking around. They’d look in our room once in a while and come in and out, but nobody seemed to be kind of in a tizzy.”

Allred says the crowd of about 100 waiting to get in the school auditorium was not threatening or misbehaving at all. Then Allred says about 71 of those people went inside anyway and had their own meeting without the board present – and about 20 people spoke. The board then had its regular meeting just before 8:30 p.m. on Zoom.

Allred says residents just wanted to voice concerns about masking protocols at school buildings, “I would say that was definitely on the mind of several people. I wouldn’t say that was universal. There were other people who wanted answers to questions about why police were asked to hand out masks, because that was another point of contention during the last board meeting.”