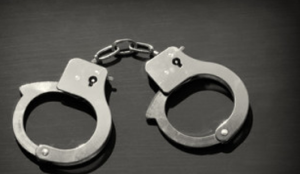 SUNBURY – A man convicted of homicide, who’s been incarcerated since he was 16-years-old, is now on his way to being released from prison. The Daily Item reports Norman Gundrum Jr., who’s now 42-years-old, was re-sentenced Thursday to a minimum sentence of time served instead of life in prison without the possibility of parole. Gundrum is immediately eligible for parole and could be released from state prison before the end of the year.Gundrum was convicted of first-degree murder in 1995 when he fatally stabbed 18-year-old Bobby Coup 64 times in Milton in December 1993.According to The Daily Item, Gundrum testified Wednesday saying he changed his life, earned his GED even before the trial and went on to earn two associates degrees. Gundrum said he also took dozens of courses in jail, received psychological help, became a Christian and started a scholarship in Coup’s memory. He claimed he’s only received five minor infractions while in prison for 25 years.According to The Daily Item, Northumberland County Judge Paige Rosini says she reached her decision after being persuaded by Gundrum’s emotional testimony of neglectful parents. Gundrum was also sexually abused by nearly two dozen men from age eight to 16. Rosini also said she was persuaded after Gundrum mentioned he changed his ways.