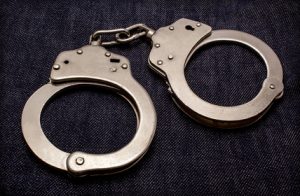 BEAVERTOWN – A Beavertown man is jailed after police say he threatened the life of a woman, held a knife to her throat and injured one of her children.

Middleburg Police say 36-year-old Joshua Haines was arrested after telling the victim this past Monday, that he was on his way to her home to kill her and another person.  They say Haines had previously held a knife on victim’s throat, and told her two children he could kill their mother. They say he also injured a child when he threw him against a wall, and threatened to choke the child.

Middleburg officers say with the help of state troopers and Mifflinburg Police, Haines was taken into custody. Haines is charged with aggravated and simple assault, making terroristic threats, and other charges. He’s in Snyder County Prison on $20,000 bail.