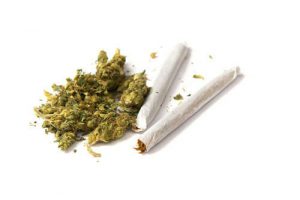 HARRISBURG – One day after advocating for the statewide legalization of recreational marijuana, Lt. Governor John Fetterman is pushing for pardons for non-violent marijuana-related convictions.

Governor Tom Wolf released the findings from Fetterman’s 67-county tour Wednesday showing overwhelming support across the state for legalizing adult-use of marijuana. It is in light of those findings and numerous polls that have been conducted that show strong bipartisan support for legalization. In addition, there are proposals for decriminalization of small amounts of marijuana and expungement of records for convictions of those crimes.

Fetterman, who is the head of the state’s Board of Pardons, is urging Pennsylvanians to apply for pardons. He says getting pardon applications expedited are an essential and immediate element of the plan.

Fetterman warns full legalization could take some time, but right now they can alleviate the burden of small-amount, nonviolent convictions that scar the lives of otherwise productive citizens. He says these people have not brought harm to anyone and should not have to suffer with employment and housing issues due to being convicted of doing something the majority of Pennsylvanians don’t even think should be illegal.

Earlier this year, the Fetterman-led Board of Pardons waived its fee so applying for a pardon is now free of charge. Applications are available at bop.ps.gov.