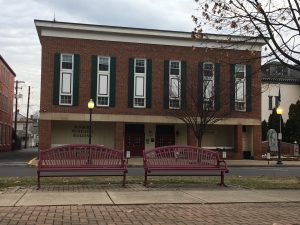 Brosious says among some good candidates, the city felt Martina’s experience as city controller for many years gives her the knowledge and understanding of the operation of the city. Brosious says Martina also understands how the city’s finances and budget are so crucial to tax payers and decision making.