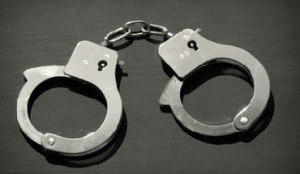 SUNBURY – A convicted serial rapist in the Valley has been sentenced to what is ‘likely’ life in prison. Northumberland County District Attorney Tony Matulewicz says 46-year-old John Kurtz of Shamokin was sentenced 59-207 years in state prison for all 43 convictions on a series of charges including rape, kidnapping, burglary, strangulation and other related charges. Those incidents occurred against five different victims in three separate counties from 2012 to 2017.

Kurtz was convicted of the crimes last October, where state police testified he would break into victim’s homes, kidnap them and take them someplace else to sexually assault them. Kurtz is a former corrections officer at SCI Coal Township.

“1st ADA Julia Skinner put hundreds of hours both throughout the investigation and in preparation for the trial and sentencing. She routinely works nights, weekends, and holidays to perfect her case including over one-hundred fourteen (114) hours in overtime on the trial alone. Skinner has a passion to see victims get justice. She is a true asset to the D.A.s office and I am extremely fortunate to have her as my number one sex crimes trial prosecutor. She constantly gives everything she does her all,” said Matulewicz.

“Kurtz would have to live to be over one hundred (100) years old before he even has a chance to see the light of day. It is likely a life sentence” said Matulewicz.