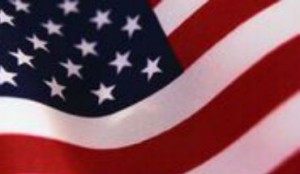 Congressman Keller’s full remarks are below:

We stand on the doorstep of delivering historic pro-life protections to the unborn.

This case will decide the constitutionality of a Mississippi law that supports life by banning abortion 15 weeks after conception.

It is my hope that the Supreme Court will uphold the constitutionality of this law which will set the stage for Roe v. Wade to be overturned, ushering in a new era where life is valued and protected.

Nothing is more important than life.

And if my time in Congress is remembered by nothing else, let it be that I fought to defend the sanctity of life.

That is why I wear these precious feet on my collar, the exact size and shape of a baby’s feet 10 weeks after conception.

I will always support life.

Thank you, I yield back.

I wanted to flag for you the statement below from AG Josh Shapiro regarding arguments heard by the US Supreme Court today on Mississippi’s Abortion Law. Please let me know if you have any questions.

“The Mississippi case before the United States Supreme Court could nullify the law of the land set by Roe v. Wade, and rob women of their constitutional right to control their own bodies.

The extremists behind these laws won’t stop with abortion. A decision upholding Mississippi’s law would threaten many rights Americans have come to depend on, including the right to marry and access to contraception, based on a radical, narrow-minded, and unilateral reinterpretation of the Constitution.

My office filed an amicus brief in this case supporting a woman’s constitutional right to an abortion, and we will continue to use the full force of this office and decades of precedent to defend that right.”