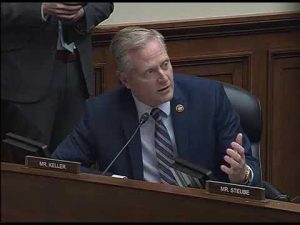 Keller says with Manchin’s support, the resolution is likely to pass in the Senate as soon as next week. Keller says the companion bill in the house he’s leading has 206 cosponsors. The legislation would nullify the mandate for private employers with over 100 workers.