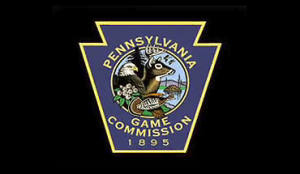 NORTHUMBERLAND – Chronic Wasting Disease continues to be a growing threat to the deer population in Pennsylvania, and the state game commission is looking at options to combat the spread of the disease. Thursday night, State Representative Lynda Schlegel Culver (R-108th, Sunbury) hosted a CWD education program with the game commission at the Little Sportsman Shop in Northumberland.

According to the PA Game Commission, Chronic Wasting Disease is a fatal brain disease that affects members of the deer family. Pennsylvania has established three active Disease Management Areas where deer have tested positive for CWD, and those areas now encroach on southern Snyder County.

The Game Commission presented a 2020 CWD Response Plan Proposal. The Game Commission states that after initial detection of CWD in new areas, hunters will be given the first opportunity to harvest more deer and collect more CWD samples for testing. Some of the steps that could be taken include expanding hunting season lengths, removing antler point restrictions, mandatory sampling within CWD Control Units, and agency-directed targeted removals of deer if management objectives are not met through hunter harvest.

Northumberland/Montour Game Warden Jared Turner explained, “Basically, what are looking at doing is having additional deer tested in the areas in which these positives have shown up. We are looking at areas immediately around where a positive deer was discovered, and having additional deer harvested, through the use of hunters, whether that be through the Deer Management Assistance Program, or through the use of, with landowner permission, target removals if a certain objective isn’t made.”

State Rep. Lynda Schlegel Culver says she believes the game commission is being sensitive to the fact that they need hunter’s help, “I think sometimes when you’re dealing with an issue as big as Chronic Wasting Disease, the public often times feels left out. I think the Game Commission is being hyper-sensitive to the fact that they can’t do this alone. That they’re going to have to do it with the hunters of Pennsylvania. It’s a very serious disease. It is always fatal. It’s important that we can preserve hunting in Pennsylvania and control the spread of the disease as we look for some sort of cure for it.”

CWD Communications Specialist Courtney Colley encourages hunters to provide feedback on the 2020 CWD Response Plan Proposal. You can read the full Response Plan Proposal online at pgc.pa.gov and provide comments on a public comment form. The form can either be printed out and sent in to the Harrisburg office, or you can fill it out online and turn it in through email.  The response form will be available until February 29, 2020.