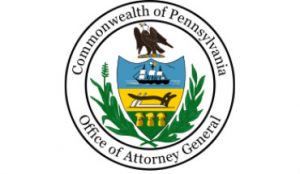 HARRISBURG – A former state welfare caseworker is facing charges from the state Attorney General after fraudulently obtaining EBT cards and using them to make over $8,600 for herself.  In a news release, the state AG’s office tells us 40-year-old Jennifer Curcie of Coal Township, fraudulently obtained EBT cards to make the purchases.

EBT cards are Electronic Benefit Transfer cards; it is an electronic system that allows state welfare departments to issue benefits via a magnetically encoded payment card,

The AG says Curcie was employed in the state run Northumberland County assistance office from 2015-18. She was terminated in August 2018. Curcie is charged with theft by deception and false statements. The AG says Curcie turned herself in Thursday, was arraigned and waived her preliminary hearing.