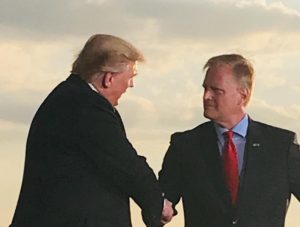 WASHINGTON – Congressman Fred Keller(R-PA) announced he has co-sponsored a bipartisan bill to reduce prescription drug costs.  Keller said the bill is the “Lower Costs, More Cures Act” and should be brought up for a vote immediately.

Keller said, “Americans pay too much for healthcare and one of the biggest contributors to rising healthcare costs is the high price of many prescription drugs. This bipartisan legislation will stop skyrocketing prescription drug prices by encouraging innovation and competition, increasing transparency, and promoting more low-cost options.”

He added, “The Lower Costs, More Cures Act also stands in stark contrast to Speaker Nancy Pelosi’s partisan H.R. 3, which was crafted in secret by Democrats without bipartisan input and would lead to higher prices, fewer cures, and put the country on the road to socialized medicine by increasing government control of a private healthcare industry.”